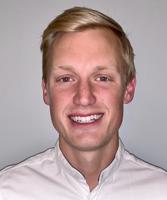 Kyle Parks brings international experience to our club American Academy of Soccer as a Goal Keeper Coach. Parks (24) graduated from the prestigious Harvard University with a degree in Applied Mathematics and secondary in Economics in December 2017. He had the great opportunity to play soccer at Harvard University and achieved several awards like “Most Improved Player” in 2016, “Most Valuable Player” and “Ivy League All-Academic Team” both in 2017. In the summer of 2017 Parks was invited to the training camp of the New England Revolution U-23. Parks went through the Dallas youth soccer development system playing in three different clubs, Solar, Texas Football Club (TFC) and FC Dallas Youth. Parks played professionally in Portugal in SC Freamunde and C.D. Trofense in the Campeonato de Portugal League in 2018 and 2019.